The begging culture: Why other people will not develop our countries

I remember three major incidents when Uganda was Uganda was threatened with aid cuts. The current one is over the homosexuality bill. Sometime back, OPM scandal was also a basis for cutting aid. The other occasion was when the aids funds were misused. I have had some personal experience. There was an article in the newspapers about me instigated by those who wanted to replace me as Principal and they said I was being investigated for fraud. We have been working with the Norwegians on starting an energy management degree that would lead to several PhDs, research and mainstreaming women into oil and management studies in the country. The Norwegians indicated that they were uncomfortable giving us money. The investigations are not over but what I have seen is personal humiliation.

Admittedly the Norwegian tax payer would not want to give his money to a corrupt African. And I would agree with that 100% but what I have been subjected to as an individual, to me is something I had never experienced in my life before. If the Norwegians are satisfied that they are likely to lose their money, they will not give us the grant.

At the national level, it is more or less the same thing. The threat over the homosexuality bill to withdraw aid is humiliating a country. In the other two cases where the money was clearly embezzled, the donor has a case to withdraw the money. My feeling is that this money should not have been given in the first place. There is research and many publications about effectiveness of foreign aid. Nathan Andrews (2009) writing in the journal of African studies and development, examines the ineffectiveness of foreign aid in Africa. Like many other articles published, aid especially in grant form will not help Africa achieve its development dreams.

Unfortunately this begging problem is widespread at different levels in different countries. Most people in Uganda and I must say in Africa, have come to believe that some white person out there will give them something to enable them live their lives well. The Chinese proverb, “give a man fish and he will eat for that day, teach him how to fish and he will eat forever” demonstrates the challenge with begging. If you start right from the villages, people expect somebody to meet their day to day demands, they expect aid to build schools, hospitals and other facilities for them. All schools and hospitals in the country expect a donation from somebody. The other day somewhere in Eastern Uganda, people got donation of houses to live in. at the national level, we expect donations in education and health and other activities. The other day members of parliament said they were broke and wanted some donation from the President. Universities and all other public institutions expect donations or grants from somebody. It is even interesting that business people are looking at government to give them some grants.

Development comes out of productive work. There are some rare occasions when people inherit a fortune and continue to enjoy that wealth. Those are minor exceptions. But no individual, family, community or nation is going to grow basing on grants received from others. if we are going to grow as a country, we must rethink the issue of grants to us. We must develop a business model that involves productive activities and be able to sell goods and services in a competitive environment. Begging removes your dignity from you. You get humiliated if you do not get what you want.

We need to mobilize people to work rather than beg. Institutions should tailor their needs to what they can generate. A country should plan better. Of course corruption is a challenge if what we collect from local taxes is stolen. It is a leakage on the resources that we have and becomes a barrier to growth.

We must style up, develop a business model that does not allow the powerful countries to intimidate us. Wealthy people and indeed wealthy nations will call the tune. Malaysia and Singapore were able to generate wealth using their own models. They have never been fully admitted to the club of wealthy nations but they are given some respect. While Russia is not particularly poor, its business model is different from that of the west. Once in a while, there is an attempt to order it around but it cannot be bullied. The main reason is it cannot be bullied. The reason is simple, their production capacity and technology makes them sit on the same table with the international community. The poor African countries will definitely be bullied but they will not lose their dignity if they do not beg. 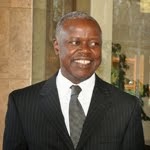 Nothing Freezes in Place...